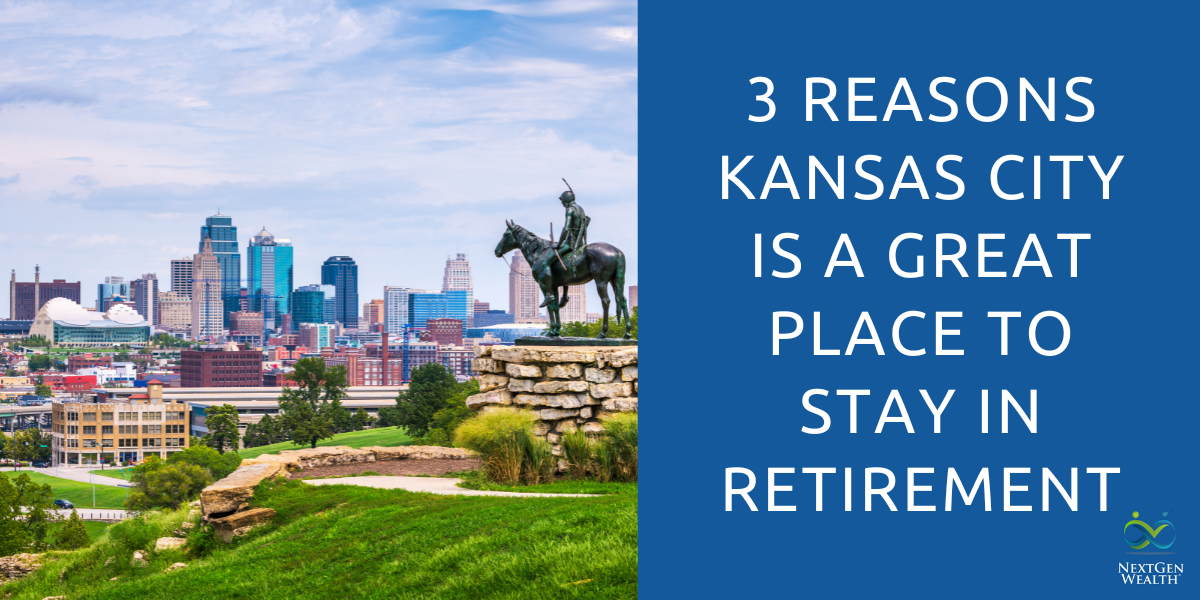 Kansas City is one of the most interesting and fulfilling places to live in the country. There are three big reasons why you should consider staying in Kansas City for retirement – the people, lifestyle, and affordable health care. Sure, there are many other places in the country to retire to, but there really is something special about Kansas City.

Where you stay or move in retirement is critical to many aspects in retirement planning. Actually, many important decisions in retirement revolve around physical location. You and your financial advisor need to plan out taxes, housing rates, medical care, and so many other variables tied to where you live.

The People of Kansas City are Great!

It’s hard to experience or talk about Kansas City without mentioning the people here. Kansas Citians are a diverse group of people, but they all seem to genuinely care about each other. Kindness and helpfulness seem to be the stitching that holds Kansas City together in a way that really is hard to describe.

It’s worth mentioning that although Kansas City proper is smaller (and somewhat scattered), there are still many different suburbs and smaller cities that refer to themselves as being a part of Kansas City. So when we say Kansas City, we’re talking about the broader metro area and surrounding communities too.

We all seem to group ourselves together regardless of city, county, or even state lines. In a world that seems so incredibly disconnected, there’s an undeniable sense of belonging that seems to envelope Kansas City.

There are more than a few famous people with ties to Kansas City. You might recognize names like Walt Disney and Rob Riggle to name a couple.

The first African American woman to win a Nobel peace prize had ties to Kansas City as well. "Tree Lady" Wangari Maathai, earned her first degree from nearby Benedictine College (formerly Mount St. Scholastica college). She is most known for founding the Green Belt Movement which has planted over 51 million trees to date.

Helpfulness is a Way of Life

Kansas Citians possess a unique ability to rally support for just about anything. There are always charity events to be a part of. Helping each other is just what we do here.

The Lifestyle of a Kansas Citian: Seemingly Limitless Activities

When you think about fulfilling activities in retirement, Kansas City packs a punch! If you’re bored in Kansas City, that’s on you. Kansas City boasts several professional and minor league sports teams, golf courses, concert venues, a symphony, museums, and so much more!

Kansas City is home to the Royals, Chiefs, and Sporting KC professional franchises. As yet another testament to the amazing people of Kansas City, Arrowhead stadium has broken records for being the loudest football stadium in the world. Yeah, we get pretty serious about our sports.

Sporting Kansas City is one of only 26 major league soccer teams in all of North America. Some of you might remember them as the Wizards. Regardless, they’ve won more than one MLS Cup championship so far.

If you’re a baseball fan, the Kansas City Royals are always fun to watch. With the beautiful fountains and one of Major League Baseball’s largest jumbotrons, it’s a treat no matter what. The Royals are a team that’s fun to watch no matter who wins (we’ll still be upset if they lose).

There’s no shortage of great fishing in Kansas City. There’s Smithville Lake to the North, Blue Springs and Jacomo Lakes to the South, Clinton and Perry Lakes to the West, and the Missouri and Kansas rivers running right through the middle.

A short drive away you’ll find plenty of hunting too. Kansas City sees lots of deer, turkey, small game, and waterfowl throughout the year. Outdoorsmen have it especially good here in Kansas City!

No story about Kansas City would be complete without talking about barbecue. I mean, how many other cities have cuts of meat named after them? It’s no coincidence that the World’s largest barbecue contest happens in Kansas City each year.

With all that barbecue goodness, you need something tasty to wash it down with. There’s many breweries and wineries in the area to quench your thirst. There’s also many different restaurants and bars to check out in the West Bottoms and the Power and Light District downtown.

If you’re even remotely interested in history, then Kansas City has plenty to offer. The World War I Museum and Memorial is an iconic site downtown all on its own. The Kansas City Union Station has a rotating variety of exhibits throughout the year as well. There’s a whole host of museums for all ages. 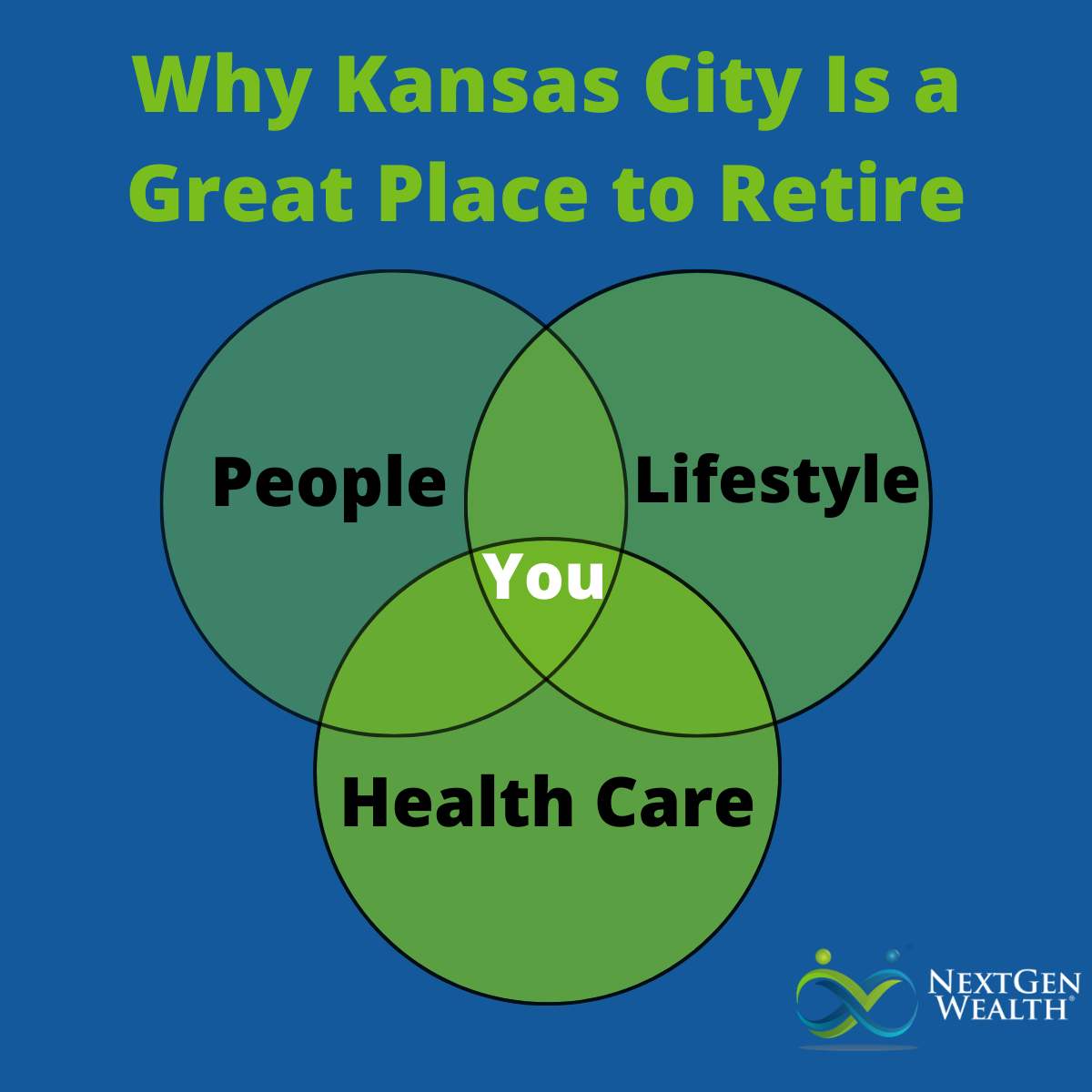 One of the most important benefits of living in Kansas City for retirees is the variety and affordability of health care. There are many major medical centers in the area offering a variety of advanced care right up the road. Across the Midwest, few places offer as many high-quality options as the Kansas City area.

Critical decisions on healthcare, such as choosing different Medicare options, are significantly easier when you have access to quality care. There are many options throughout the Kansas City area.

Whether you’re on the Kansas or Missouri side of the city, you’re actually in one of the 10 most affordable states for senior care. With health care and long-term care costs rising steadily, this is a major concern for retirees. Affordable care throughout your lifetime is another huge benefit of staying in Kansas City for retirement.

If you’ve served in the military and have retiree, survivor, or Veterans Administration (VA) benefits, then you have available options in Kansas City. There’s a VA Hospital nearby and Fort Leavenworth has medical care for retirees and their dependents (subject to availability). Skipping a long drive to get these benefits is super valuable over time.

Uncovering Your Passion Can Be the Best Motivation for Achieving Your Financial Goals. Learn more here.

Okay, so this is kind of a fourth reason, but it affects everything else on the list. Kansas City is rated as one of the most affordable places to retire. The blend of amenities for the price you pay to live here is an excellent bang for your buck!

The greater Kansas City area has a wide variety of costs of living, but there is somewhere safe and affordable for everyone. Keeping your cost of living reasonable throughout retirement will help your hard-earned money last longer too. You can live a good life with less worries about running out of money.

Kansas City really does have a great feel to it. People can still afford to live here and there’s nowhere we’d rather be. It’s hard not to get a little excited about the “biggest small town” we know!

No matter where we travel to, our heart always points back to Kansas City. We can’t imagine finding a better mix of amenities for your ultimate retirement lifestyle. We love it here!
Tags:
Personal Finance Life Planning Retirement 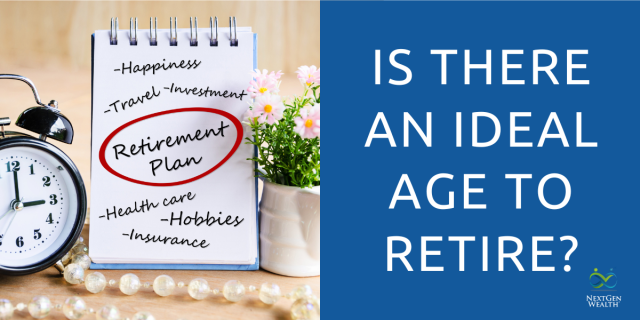 Is There an Ideal Age to Retire? 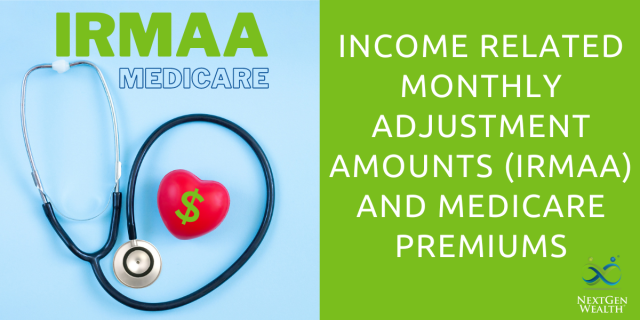 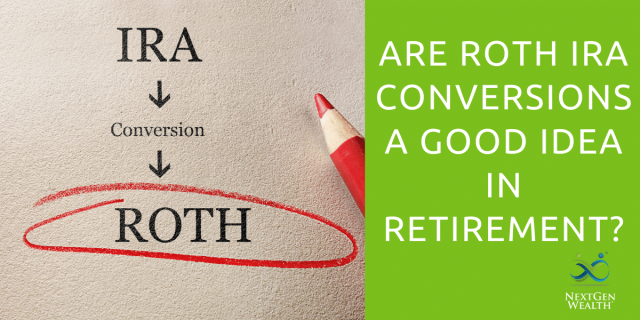 Are Roth IRA Conversions a Good Idea in Retirement?