What is a Per Stirpes Beneficiary Designation?

When it comes to estate planning, it’s crucial to have all of your assets and beneficiaries listed and up to date. However, because this planning can be relatively messy at times, what you want may not always come to pass. For example, what happens if your beneficiaries predecease you? 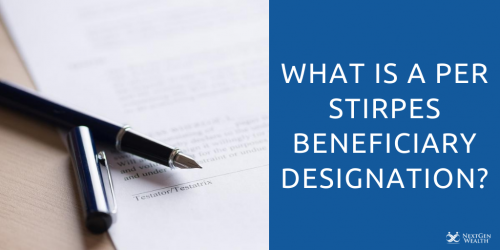 Although this situation can be rare, there’s already a process for what happens to your assets. It’s called per stirpes, and it can ensure that your money or property will pass down to living heirs should your beneficiaries die before you do.

It’s crucial to understand the details of per stirpes and how it can affect your estate planning. Here’s what you need to know.

The origin of the term is Latin, which translates roughly to “by root” or “by branch.” The intention is that money and assets will pass down to family members within the same branch of a beneficiary.

Learn more about the changes caused by the SECURE Act. Find out what the new regulations did to open 6 estate planning "wormholes" in our downloadable PDF.

For example, let’s say that you name your daughter as a beneficiary in your will or IRA. If she has any kids and happens to die before you do, any benefits will pass onto them. Spouses cannot be considered for per stirpes designations, so if your daughter’s spouse was still alive at the time, he or she would not receive anything.

With a standard per stirpes designation, funds or assets can be distributed among multiple generations. So, if you have numerous children and grandchildren, and one of your kids dies before you, his or her share would pass onto the next generation.

Let’s say that you have two children, a son and a daughter. Both of them have two kids as well. Your daughter dies before you do, so money passes onto her children as well as your son. In this case, with a standard per stirpes distribution, half would go to your son, and a quarter of the money would go to the grandchildren on your daughter’s side.

When configuring a per stirpes distribution, you can specify whether any assets will stay within a specific generation. Using our same example, if you decided that money will only go to living heirs, your daughter’s children would not be considered, even if she predeceases you. Instead, the money that would be split in half would go to your remaining child, with your grandchildren receiving nothing.

As you can see, per stirpes can get complicated quickly, and it may not create the best situation among the remaining heirs. Ideally, you will have a plan in place for all potential circumstances to ensure your assets are divided according to your wishes.

Per Stirpes vs. Per Capita

In our above example, money was distributed unequally between different generations. However, with a per capita distribution, everyone listed is entitled to an equal share. With a standard per capita designation, money automatically stays within each generation. So, in this case, all of the funds would go to your son as he is the only remaining heir.

However, you can specify a per capita distribution among both immediate heirs and any grandchildren. In this case, all individuals are entitled to an equal share. Using our example, your son would get one-third of the money, with both of your daughter’s children getting a third as well.

When Does Per Stirpes Apply?

For the most part, this designation is used when drafting a living will or last will and testament. Since your finances and assets will be distributed among named beneficiaries, the per stirpes and per capita rules apply.

As we mentioned, if you don’t specify anything yourself, the rules will usually kick in automatically. Most states assume a per stirpes designation, even if nothing is mentioned in the will.

Basically, any account that can pass onto an heir may require a per stirpes designation, just in case. Otherwise, your money can be distributed according to your state's laws, which may or may not be ideal.

Why Estate Planning is So Crucial

Because per stirpes and per capita distributions can become complicated when multiple children and grandchildren are involved, it’s crucial to understand the implications of these rules. For example, if money will be distributed evenly among both generations, it could create friction within the family.

Not only can inheritances be reduced because of additional beneficiaries, but some individuals may not agree to the split or think that it’s unfair. Using our above example, if your son believes that he is getting all of your assets because your daughter died, he may be upset when his share is either half or one-third, depending on the designation you determined.

Learn more about the "domino effect" caused by changes to taxes, trusts, gifting limits and more. Find out what the new regulations did to open 6 estate planning "wormholes" in our downloadable PDF.

To help alleviate some of these problems, here are some tips on estate planning and how to use per stirpes effectively.

Talk With Your Beneficiaries

In many cases, individuals don’t like discussing what will happen once they die. However, it’s critical to talk to your beneficiaries beforehand so that they understand your wishes. Otherwise, they may make assumptions regarding who receives what, which can lead to misunderstandings and hurt feelings.

Another advantage of talking with beneficiaries is that you can get input from them regarding what they expect or which assets are most valuable to them. If you want to ensure a smooth distribution of finances and property, understanding your beneficiaries' wants can help.

For example, one of your children may prefer money, while another wants to inherit your home. If that’s the case, you don’t have to worry about financial distributions since your funds will only be going to one person. In that case, a per stirpes distribution would pass down only within that family, rather than splitting the money between siblings of the same generation.

Ideally, you won’t outlive your beneficiaries, but if that does happen, it’s crucial to update your will, IRA, or trust accordingly. In some instances, you may want funds to pass down to grandchildren, or you may prefer to keep them within the same generation.

If you have multiple children with grandkids, then you might want to create per stirpes and per capita rulings for a variety of situations. Here are a few examples to help you understand what can be done.

Let’s say you have two children, Marcus and Lisa. Marcus has one child, Joe, while Lisa has two children: Janet and Kim.

If Lisa dies first with a standard per stirpes designation in place, Marcus will receive half of the funds with one-quarter going to Janet and Kim each. If Marcus dies first, half of the money will go to Lisa, with the other half going to Joe.

In the event that Marcus dies first, it may not seem fair that his child receives an equal share as Lisa. To alleviate this problem, you may decide to keep all of the funds within the same generation. In this case, either Marcus or Lisa would receive 100 percent of the money if the other dies.

An alternative solution could be to name Joe as a beneficiary if Marcus dies first so that you can determine how much goes to Joe and how much goes to Lisa. Since Marcus is no longer a named beneficiary, the per stirpes rule doesn’t apply to him anymore. In this instance, if Lisa dies, only her kids would be considered since Joe is now the new beneficiary.

Check All of Your Accounts Carefully

While most individuals are quick to update their wills when an heir dies, they may overlook life insurance policies and IRAs. It’s crucial to have a list of accounts where a per stirpes or per capita ruling may apply so that you don’t forget about them if and when the time comes.

You also have to pay close attention to accounts where your spouse is named as the primary beneficiary. If your spouse has children outside of your marriage, you may not want money to pass to them, or you may want to distribute funds differently than what the state will determine.

Also, be sure to check if an ex is still listed on an account. That can create conflict within the family, particularly among children and current spouses. If your ex has children and predeceases you, money could go to them instead, further complicating the issue.

Learn how your spouse and heirs could have been negatively impacted if your estate plan hasn't been updated to reflect the new laws. Find out what the new regulations did to open 6 estate planning "wormholes" in our downloadable PDF.

Estate planning can be relatively complex, which is why you need a professional to help. At NextGen Wealth, we can walk you through both per stirpes and per capita designations so that you’re prepared for any situation.

When it comes to planning for your loved ones, you can’t make assumptions, and you can’t leave anything to chance. Instead, give us a call so you can create a comprehensive plan that’s suited for you. 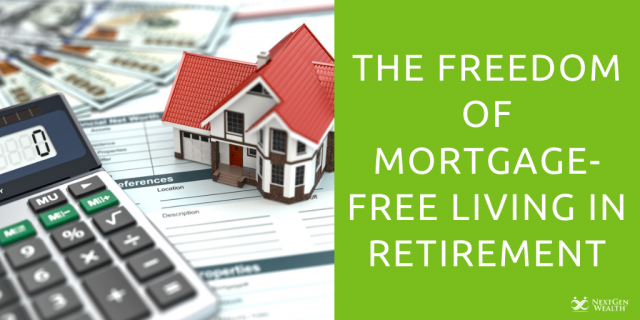 The Freedom of Mortgage-Free Living in Retirement 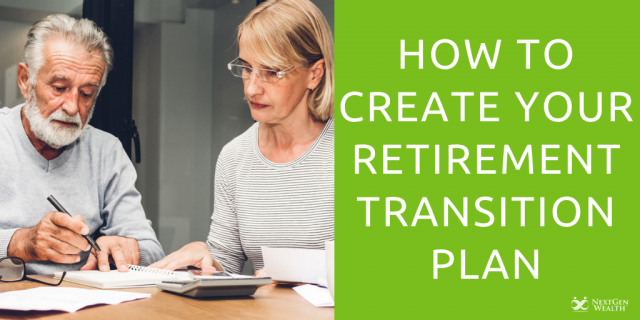 How to Create Your Retirement Transition Plan 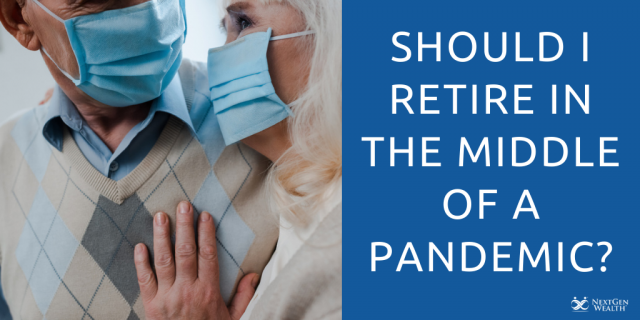 Should I Retire In The Middle of a Pandemic?