How to Become a Millionaire in Your 30s

This post was last updated on January 20, 2021, to reflect all updated information and best serve your needs.

For many people, having a million dollars is hard to fathom. Many of us imagine what it would be like, but few of us actually get there. However, if you want to know how to become a millionaire in your 30s, the answer probably won't surprise you. As I said, there's no secret formula or get-rich-quick scheme. It takes discipline, hard work, and, most importantly, a ridiculously good savings habit. 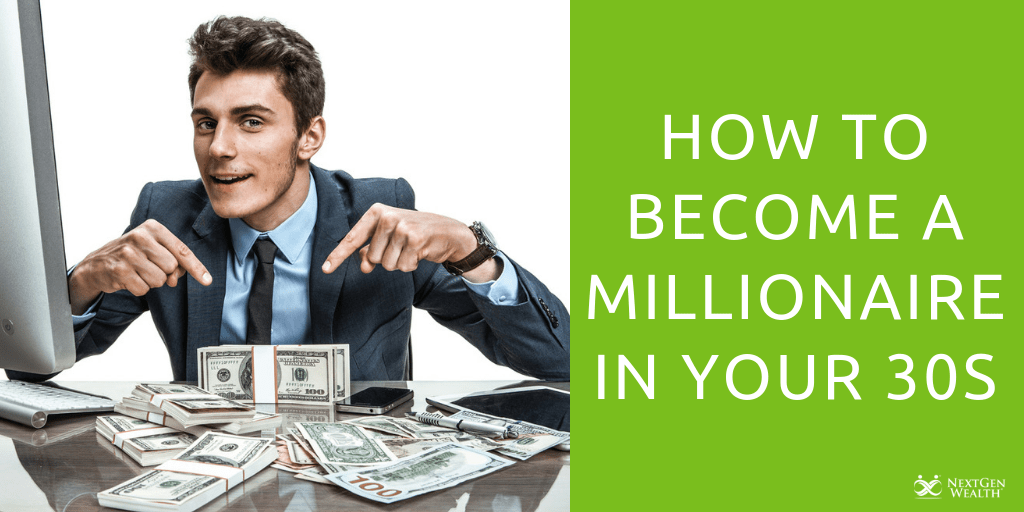 In this article, we’ll outline the best methods you can start using right now to become a millionaire before you reach 40. We’re not saying that the road to wealth is easy (it's not), but once you have the right plan in place, it can be attainable.

Step One: Assess Your Current Situation

First things first, if you’re already in your mid-30’s, chances are you're not going to become a millionaire before turning 40 if you haven't already done an incredible job of saving. However, if you’re in your mid 20’s, then you still have some potential. Obviously, the sooner you start on the path toward financial independence, the more of a chance you'll have to achieve your goals.

When assessing your situation, these are the core elements to pay attention to:

You can become a millionaire while having outstanding debt. It really just depends on the kind of debt you have. For example, a mortgage isn’t too bad because you’re building equity in your property and, most likely, it's at a very low-interest rate. However, credit card debt can be a killer since you have to make monthly payments and you’re paying a high-interest rate.

Looking to take control of your finances and start planning your path to financial freedom today? Check out The Financial Freedom Blueprint® Course!

How much are you making from your primary job? Do you have secondary income from another source? If so, what’s that bringing in each month? As we’ll get into later, building multiple revenue streams is going to help you reach your goal that much faster. Regardless of how much you're bringing in though, it's all moot if you're not saving any of it.

Something that most people don’t realize is that being a millionaire doesn’t necessarily mean you have $1 million in the bank. Your net worth can be calculated from a variety of sources, including retirement accounts and any property you own. You may only have a few thousand dollars in your investment accounts, but still be worth a million dollars on paper.

Overall, when assessing your situation, you not only want to see where you’re at, but where you’re heading. If you don’t own any property right now, what are your plans for buying some in the future? Realistically, you want to create a breakdown of your current assets as well as a plan for what you want to achieve in the next 5 to 10 years.

One of the biggest reasons why people don’t have money is that they spend it...duh. We live in a culture of keeping up with the Joneses, which means that it’s super easy to buy things we don’t need to impress people we don't like. If you really want to become a millionaire, you need to change your habits.

In most cases, the richest people in the world are not the ones with flashy wardrobes and fancy cars. Having more money in the bank is going to be better than having the latest cool car.

When it comes to saving, one of the best ways to ensure you follow your plan is to automate it. Every time you get paid, funnel a chunk of it into a savings or a retirement account (preferably both.

If necessary, come up with a budget to see how much you can realistically afford and start there. However, if you want to become a millionaire in your 30’s you better be saving just about as much as you possibly can from every penny you make. Save first, spend later, repeat.

The best thing about this strategy is that once the money is saved, you don’t have to worry about your spending habits. While you may need to adjust yourself at first, you’ll start to get used to having less disposable cash. It's vital to get into this habit as early as possible.

After a while, it will become second nature, and you won’t miss the money. Best of all, it’s growing in a retirement account or savings account.

Overall, when figuring out how to become a millionaire in your 30s, becoming frugal is going to an ABSOLUTE MUST for most people. Come up with new ways to save money here and there and see how quickly it adds up. While you don’t have to become a penny-pinching miser (to an extent), it’s always a good idea to think twice before spending anything if this is your goal.

Step Three: Invest in Yourself

Another critical element to becoming a millionaire in your 30s is that you need to increase your income. If you’re working a minimum-wage job right now, it's going to be extremely difficult to reach this goal. Now is the time to invest in yourself which, believe it or not, typically provides the best return. Here are a few ways to do that.

Jobs like construction workers or auto mechanics can make a lot more than you think. Most people assume that the best jobs require formal four-year education. Not anymore. If you have a passion for a particular trade, you can leverage that into a higher-paying career.

Go Back to School

Getting a degree in a different field can be a smart investment. Before signing up for classes, however, you want to figure out what will have the most impact on your income level and, of course, what you're going to like. For example, a master's in communications might not pan out as well as getting an MBA.

You might be thinking, “won’t I just accrue a bunch of student loan debt?” Yes, that very well could be the case, but if you can double or triple your income, the debt just might be worth it. Also, unlike credit cards, you can lock in a low interest rate and pay off the balance over the long term.

What better way to invest in yourself than becoming your own boss? You may think that starting a business requires capital, but there are plenty of options out there that don’t need a ton of money. Here are a few examples:

One thing to keep in mind when starting a business is that it doesn’t have to take over your life. In many cases, building a consistent revenue stream should be the goal, meaning that you can work full-time and earn a passive income with your business.

Even if you’re just making a few hundred per month, that’s better than nothing. Also, you can put all of that money into your investment or retirement accounts where it can grow even further.

Let’s face it, putting your money in a savings account isn’t going to turn you into a millionaire in your 30’s. Instead, you want your money to work as hard as it can for you. Why add more hours to your schedule when you can have your investments compounding and growing automatically?

One mistake that people make is that they believe they need a lot of cash to invest. However, if basically have anything, you can start there and work your way up. You don’t need a massive stake in something to earn money off of it. Begin wherever you can and build it up incrementally.

There are plenty of options out there that make it really easy. Check out Wealthfront or Betterment for two that I really like. 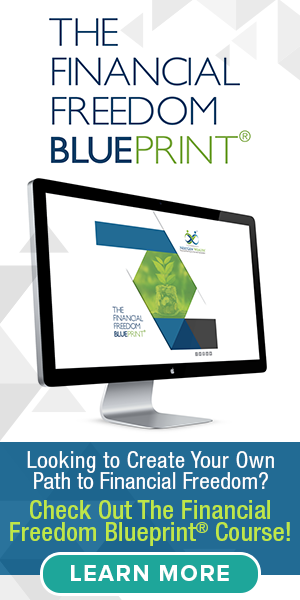 Due to inflation, one million isn’t worth what it used to be. All too often, it’s easy to focus on a single number and then rest on your laurels once you reach it. However, considering that inflation will continue to rise in the coming years and decades, your million will be worth even less by the time you retire.

Thankfully, having money means that it’s easier to get more of it. You can leverage your earnings and savings to invest in more opportunities, which can lead to higher profits.

Overall, you want to increase your monthly income as much as possible. Ideally, you will be able to pay off expenses and bills with passive income, meaning that your paycheck can go towards savings and living the life you want.

Being rich and acting rich are two different things. As we mentioned before, the wealthiest people aren’t necessarily the ones driving the suped-up sports car or wearing designer clothing.

While it’s tempting to upgrade your lifestyle once you reach millionaire status, that mentality is an excellent way to lose most of that money. Instead, hold off on the flashier elements of being rich until you have more than enough cash to do so.

Are you ready to start your journey to financial freedom? Check out The Financial Freedom Blueprint® Course and start today!

That being said, sacrificing your social life doesn’t have to be part of the experience, either (although, there will have to be sacrifices). While you don’t want to be hitting the club every weekend, you should be able to have fun every once in a while...but, preferably fun that doesn't cost a lot of money.

Take a family vacation once a year, go out to a fancy restaurant on your anniversary - revel in these moments occasionally. Doing so will help motivate you to continue on the path towards financial freedom.

Best of luck and feel free to keep me updated on your journey. 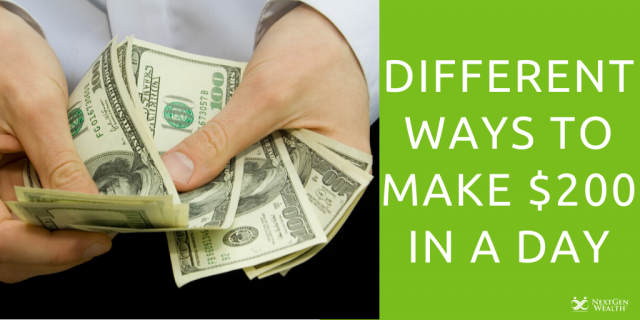 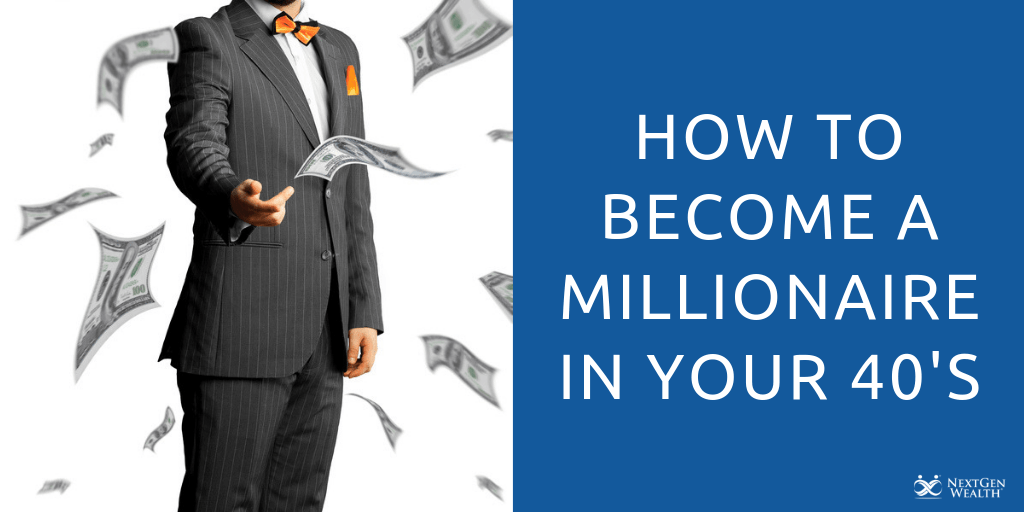 How to Become a Millionaire in Your 40s 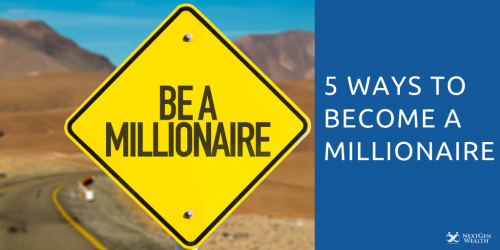 5 Ways to Become a Millionaire